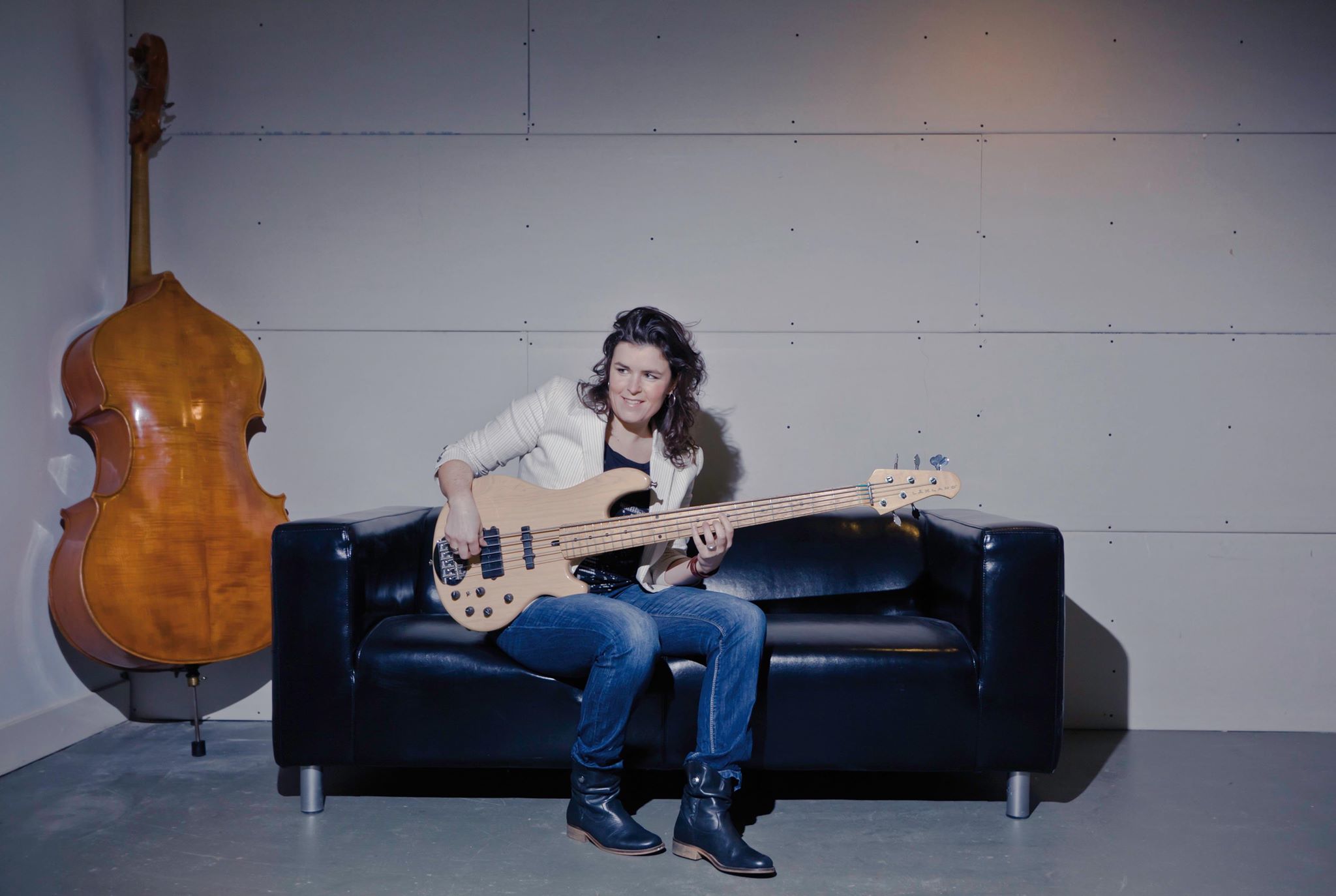 Phaedra Kwant plays bass guitar, double-bass, sings, writes lyrics and composes. She studied at the Conservatory of Amsterdam and officially became the first female Master of Music bass guitar in The Netherlands in 2004.

She leads her own jazz band ‘Phaedra’ and played for 10 years in pop trio ‘McChicks’.  Both projects received fantastic reviews in numerous papers, magazines and on Dutch radio and television.  Phaedra also works as a voice over for a variety of different media types and has proudly worked as a lyricist for the Dutch Royal Family.

To date, she has released two jazz solo-albums: ‘Too Much In Store’ (2009) and ‘Still Listening’ (2013) [Listen on Spotify]. In December 2020 she released her Dutch single ‘Anders Wordt Het Koud’. Her new solo album is planned to be released in the Autumn of 2021.

Phaedra has performed many times internationally in the United States, Senegal, India, Great Britain, Greece, Germany, Spain, Russia, Thailand, France, Belgium, Italy, Ukraine, Switzerland, Austria, the United Emirates and the Dutch Antilles.  Her jazz trio toured in both Japan and the United States where a  New York-newspaper dubbed her ‘The Dutch Sting’ and ‘Angel from the Netherlands’ after seeing her performance.

In 2016 Phaedra won the poll in magazine ‘De Gitarist’, being ‘The Best Jazz/Fusion bassist of the Benelux.’

Phaedra is principal subject bass guitar teacher at the Conservatory of Amsterdam and at the ArtEZ Jazz and Pop Conservatory in Arnhem.